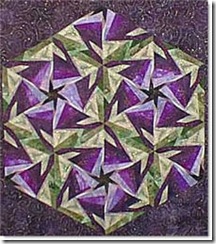 “When I came home, on Monday night, as drunk as drunk could be…” (here’s a link to the lyrics if you’re inclined)

…and it goes on through all seven days of the week and it details how this drunk keeps coming home finding items left over from his wife’s apparent “lover” though she pretends that he’s too drunk to see straight and explains to him that what he’s seeing is not really what’s going on (though it is).

No, no…my wife isn’t cheating on me. My point is that sometimes when I’m sitting there at home in my own little world of calm as the chaos swirls around me, these lyrics spring to mind and I chuckle at the absurdity of the situation. For instance, last night:

CareerMom got home from her trip to Orlando at around 7:00 p.m. By then, I’d been feeding the boys sugary snacks in a vain attempt at staving off their hunger till she could get home with the dinner I called in to the local pizza n’ pasta shop. As we got the table set and just sat down to eat, CareerMom yells, “Knikki!”  (apparently, my Doberman was puking on the kitchen floor).

About five minutes later, MLI says, “Why did Knikki puke on the floor?” and I explained that she’s old and sometimes her tummy gets sick. He nodded and thoughtfully poked at his food.

Five minutes later, “I’m done, may I be excused?” he says. I nod and he gets down from the table and walks into the living room.

At this point, I knew the liquidity from the puke had seeped into the carpet by now leaving only “chunks” on top and also, I have supreme confidence in the aforementioned “SpotBot” to clean it up so I said to CareerMom, “Don’t worry about it. Enjoy your dinner and we’ll clean it up later.”
Then to MLI I said, “OK, let’s not talk about puke anymore.” To which he nodded and then went and sat on the stairs.

A couple of minutes went by, “I can see the puke from over here.”

“Honey,” I said, starting to get slightly annoyed now, “I told you already that I don’t want to hear another word about the puke. You already ate and now mommy and daddy are trying to enjoy their dinner. Not another word.”

A couple of minutes passed and by this time MLE was stuffed, and out of boredom, was leaning waaaaaay out of his high-chair in an attempt at escape, so we put him down on the floor to play.

Then  from the stairs, I hear MLI yell, “Don’t let him go in the living room or he’ll step in the puke!”

Which was true, but which also made “it” click in my head and then all hell broke loose. Dinner was over, regardless of whether or not I wanted it to be. Both CareerMom and I hopped up from the table. She grabbed MLE as he was running into the living room, where he would no doubt trip up at the critical moment and fall face first into “said” puke. I turned to MLI, “I told you not another word about the puke. Go to your room!”

“Because I said so and don’t talk back to me. Now go!”

He stomped upstairs and slammed his door, while life went on downstairs; just me, CareerMom, MLE and our beloved Spotbot.

Did I mention that I had on some lovely classical music in the background? Just another soothing dinner.

And then, like the closing of some gritty western, where the cowboy rides off into the sunset amidst the lonely whistle of a prairie song, I heard in my head, “…oh there’s a many a days I’ve traveled, a hundred miles or more, but a quiet dinner with my lovely wife…sure I’ve never seeeeen beeeefooooore.”

Yep, absurdity among chaos. That’s family life for ya!

One thought on “I’m not Irish, but occasionally I play one in my head…”