It’s a new year (almost) and I swear my mood is not improving. There are some things going on that don’t help, but even the little things that should make me happy, are driving me nutz!

For one, after the “Season of Splurge” as I like to call Christmas, I was really looking forward to getting back in the gym and dropping a couple of pounds. But wouldn’t you know it, on Thursday of last week, I had just started my workout and went to turn on my MP3 player so I could tune out the outside noise and the darn thing just froze up. Nothing I could do fixed it. In the end, I had to toss it. I can exercise without my music, but I can’t run, which is what really helps me shed the pounds.

In a panic, I went to Fry’s electronics the next day and selected an MP3 player from their depleted stock. Got it home and loaded it up and headed to the gym. Turns out, the darn thing had no “sort” function, so all my songs played in alphabetical order, with each band’s songs right after each other. The little unit also would not turn up the music very loud either. Apparently, like seatbelt and helmet laws, they are trying to protect me from myself.

So I have now ordered another MP3 player online, after verifying the features I want and I’m waiting on it to come in.

Meanwhile, the “I got a gym membership for Christmas” crowd has shown up and it’s like the blind leading the friggin’ blind.

Clueless 50-year olds literally wandering around the gym with their headsets on doing nothing but taking up space. Add to it the people who occupy a bench that has a particular use (such as the benchpress) for nothing more than a place to sit while they are doing ab twists, and I’m literally about ready to scream!

Despite a supposed drought, we’ve gotten so much rain the last few months that I can’t do anything to repair my backyard where the rain has washed out some of my new landscaping and it’s really cold to boot.

I dunno, I’m feeling very cosmically dumped on right now and I don’t see things improving in the near future.

Thriving Ivory’s lyrics keep running through my head, “…if I can’t see the sun, maybe I should go.” 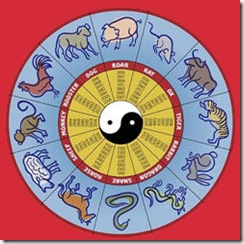 I suppose with the pending new year, I should be thinking about how I plan to better myself in the coming months. This is difficult for me, but not because I think I’m perfect; but more because I’m simply not sure where to start. I am aware of at least three areas of my life where significant changes should/could be made, and none of them are easy for me.

For instance, I know I should make more time for the spiritual things in my life, but that’s so BORING!

I know I should try to be more patient with the kids and not fly off the handle when I’m trying to talk to CareerMom and MLI interrupts umpteen times just to tell me that at Daycare today, he and his little friend played with the Hot Wheels cars.

And I know, I know, I know, I should take a more active role in finding time to spend alone with CareerMom outside of the house, but I hate to be the creepy old man calling up teenage girls begging them to come over to my house and babysit. Plus, date nights are expensive!

Sounds great right? The glue that holds the world together.

But wait, there’s more…a more darker side that is. Oxen are also:

So really, I’m optimistic. Despite my many proclivities towards being a surly, mean bastard, this could actually be my year!

I feel like such a slacker for NOT blogging since…whenever, but there’s been just so much going on that I didn’t know what to write. And in truth, most of it is the very same stuff you’re all going through–pudge, too many gifts, gifts that don’t work, where the hell am I gonna put all this crap, etc.–that I didn’t figure you needed to hear it from me either.

Suffice it to say that life is slowly getting back to normal. And by normal, I mean as normal as it can be when you’ve been off with your hyperactive kids for a solid week with the worst weather ever that is keeping you from taking them outside to burn off steam.

But, I figured that if any of you were taking back toys that just didn’t quite do it, that I’d share with you the “Best and Worst Toys” my kids got this year.

Most played with toys of Christmas 2008:

Least played with toys of Christmas 2008:

So there you have it. I’m always surprised at what the kids like and what they don’t, though I don’t know why. If there’s one thing I’ve learned about kids, it’s that just when you think you have them figured out, they go and find something else to drive you crazy with.

I look forward to a new 2009-worth of good blogging. If you haven’t posted lately, do so. We all need a diversion!

Since I’m pretty sure most folks are as busy as me, I’m just gonna go ahead and wish everyone a MERRY CHRISTMAS.

I probably won’t post until at least the day after Christmas, unless the next coupla days spent up at my mother’s in Tennessee produces some unusually juicy blog fodder.

I truly hope that whatever you do these next few days, is done with genuine and heartfelt feelings. You do that, and you’re golden.

Please read it while singing along with “The 12 Days of Christmas” in your head (you may have to improvise here since the syllables won’t be exactly right…):

2 Living with their folks again

With One BABY ON THE WAAAAAAAAY!

(not us…the ones living at home again…) 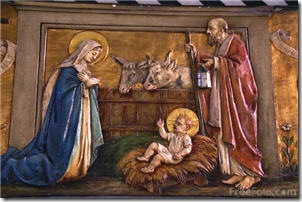