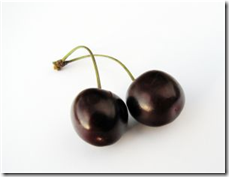 I led a secret life as a child, and still do. When I was little, I was two different people:

I’m all growns up now and overall, the two personalities from my childhood have gelled into one. I don’t really spit anymore, unless I’m out doing man things by myself in my boots and dirty jeans. I still curse on occasion and I laugh around others without fear of retribution.

But I must admit, I still can’t let go around some of my parents. My dad…not so much. My dad is but a shell of the cold, stern man that he was as I grew up. Now, he is a warm, giving person and I feel sad that, for so many years, he lived under the yoke of whatever it was that caused him to be that way.

My mothers though, that’s a different story. I was responding to an e-mail one of them sent me the other day and I was just typing along and wrote out the word “balls” but then I immediately backspaced and replaced it with “cajones.”

Who can’t say “balls” around their mom? Especially as a 35-year old man!

It’s kinda ridiculous when you think about it. Here I am, a (arguably) successful person. I have a family and responsibilities. I have held within my grubby little paws, some of the Top Secrets my country holds. I have two kids of my own, and somehow, despite all of this,  I can’t say the word “Balls” in front of my mom!

Is it just me? I mean, at what point, if ever, do you reach a point where you say, “Hey, you tried. Overall, you did a fine job, but here I am. A product of my environment AND my upbringing. If you don’t like it, then don’t come for Thanksgiving!”

I’ve been around other people while also around their parents and I’ve seen it go both ways. I’ve seen the ones who, like me, pretend that they never had sex before marriage and then I’ve seen those who could pour themselves a scotch from their dad’s liquor cabinet while sitting around with everyone watching Wheel of Fortune.

It’s just weird I tell ya. It’s even worse for spouses I think. I know that when my mom visits, CareerMom is so concerned over what my mom will think of her. And the funny thing is, I’m like, “Eh, don’t worry about it. You just be you and you’ll be fine. Don’t worry what she thinks.”

How’s that for screwed up?

So, come on. Fess up! Are you YOU around your folks?

del.icio.us Tags: all growns up,acting different around your parents,quiet children,how we act around different people,cuss in front of your parents

6 thoughts on “Who are you and what have you done with my child?”