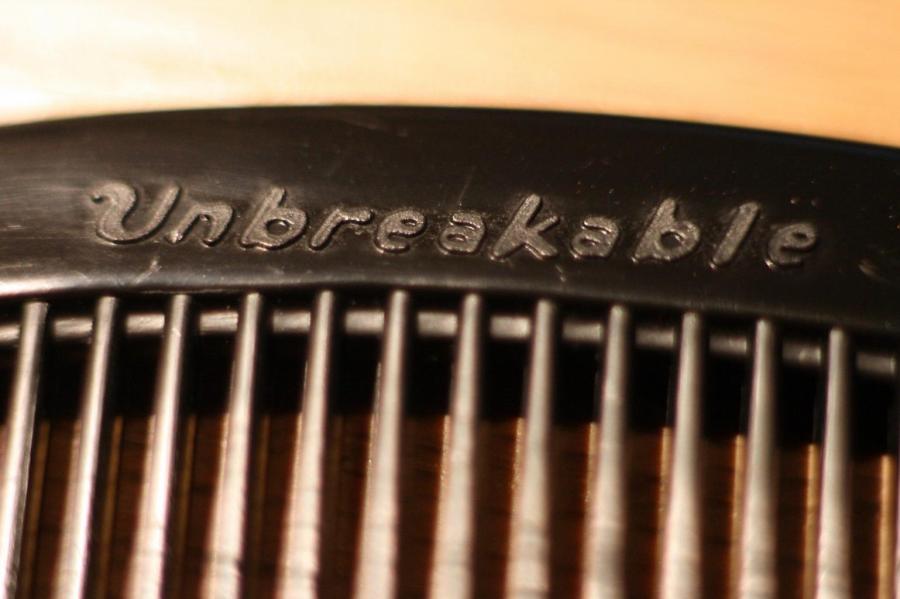 You never know what’s going to set off a memory and today’s path down things best left forgotten comes from a photo mailer. You’ve seen them. They are those moderately rigid cardboard envelopes you mail photos in; the ones that say, misleadingly, “Photos – Do Not Bend!”

But they DO bend and therein lies today’s memory…

When I was in Air Force boot camp, our dormitory was a self-contained mini-prison. Sleeping quarters were divided into two wings, each with two rows of bunks with a locker beside it to store our gear. Each dorm also had a full bathroom, with enough facilities for 50 guys to use at the same time during morning dress and showers.

Our drill instructor–we called him our Technical Instructor or “TI”–also had a large office, complete with a cot for him to sleep in, which he only did for the first few weeks until he was sure no one was going to go Private Pyle on the Flight and start popping caps in folks.

At the very end of the dorm hallway was our “Day Room.” It was so called because it was the only room with windows low enough to see through and twice each day we gathered there for a group meeting in the morning and mail call in the evening. There were no chairs; we sat on the floor, most of us cross-legged. On one wall near the front was a door leading to another dormitory containing our “Brother Flight.” They were called that because they came to Basic a couple of weeks after us and technically we were supposed to help teach them how to survive. Other than one or two short trips over to show them how to iron T-shirts or to bang garbage cans to wake them up, we had little do to with them on a regular basis.

Evening mail call was a special time because for the first few weeks we weren’t allowed to call or write home. We couldn’t eat candy or drink soda either, so the mail brought an opportunity for something special…or so we thought. Anyone who received a package from home was forced to open it in front of everyone and pray to GOD that it didn’t contain anything contraband…which was pretty much anything good!

I remember one poor recruit we called Barney. Unlike most of us, Barney was at least in his late twenties when he enlisted. If memory serves, he had no marketable skills and after barely scraping by, he decided to join the Air Force in hopes of giving his wife and his only daughter at the time, the opportunity at a better life. But Barney’s wife and friends did him wrong. During our third week, I guess his wife and friends decided he might be lonely, so they thought it would be funny to send him an inflatable sex doll. When he opened the box and started unpacking his “gift,” it was as if Christmas had come early for our TI, who reveled in embarrassing his recruits any chance he got.  Barney never lived it down.

Military food has gotten a bad rap through the years, no doubt due to the MREs, Meals Ready to Eat. They are those freeze-dried, super-preserved meals that have been vacuum-packed for field readiness. With the exception of the chocolate bars, just about everything else in an MRE is about what you’d expect from something that was once cooked, then dried beyond recognition and/or powdered for easy storage and transport. However, the food served in mess halls (or the “Cafeteria” as we called them in the Air Force) was not bad.

Unfortunately, in Basic Training you have neither the time, nor the inclination to sit and enjoy your hot-meal, so everything is gulped down with nary a chance to think about how it tasted. Which means, by week three of Boot Camp, most of us were dreaming about fast food and sweet deserts.

But short of a sex-doll, there weren’t many things worse to receive in the mail from home, than a Care Package full of food. If you were unfortunate enough to get food in the mail, you had three choices:

A. Share it with everyone. The problem was that there was never enough to share with 49 other boys, leaving you with either Options B or C.

B. Eat it all by yourself right there, right then while everyone stared

C) Throw it away without touching it

The smart ones simply threw it away, but the first couple of recruits actually tried to eat a full load of brownies and ended up sick and humiliated.

All things considered, the best thing to receive in the mail was a letter. It was simple; it was fairly private, and it was usually safe from prying eyes, though not always.

Our TI had this little game he liked to play where he would sit in the front of the room and after calling your name because you’d received a letter, he’d try and fling the letter sideways like a flying disc, across the floor and under the door separating our Day Room from our Brother Flight’s Day Room. If he was successful, he thought it was hilarious (and quite frankly so did we as long it wasn’t OUR letter being launched). If the letter didn’t make it, you got to pick up your letter and immediately read it. If it did make it through, you had to wait until you had some free time to go over and beg them to return the letter.

Besides letters, some recruits also received mail packaged in our good friend the Photo Mailer. The very one that says, “Photos-Do Not Bend,” to which our TI always replied, “Oh, but they do…” as he proceeded to bend and crease them to his heart’s desire. Once mangled, the poor kid who received it had to then open the mailer and show everyone whatever pictures he’d been sent of Mom, his girlfriend, whomever; and of course this opened him up to all sorts of derision from both our TI and from the other recruits.

After one or two letters, I think most guys wrote home and asked them to stop sending things because after a while, mail call petered out, which was just fine with me since I never received anything anyway.

So that’s today’s memory brought on by a quick trip to my kitchen where I have a stack of photo mailers sitting on the counter. I’ll get them out at some point, but right now I’m enjoying just looking at the envelopes and remembering Basic Training and the Day Room.