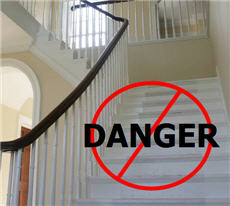 Sometime around the 11th grade, I reached the tallest point in my life that I would ever reach—somewhere around 5’ 8”. CareerMom tops out at roughly 5’ 4”. My side of the family comes from short stock, but CareerMom’s side of the family is a mixed bag.

So, there was about an 80% chance that our kids would be on the smallish side. And it appears that will be the case.

My youngest son, of 11 months, is quite the walker. He toddles all over the house and when he gets near something he knows he shouldn’t—like the stairs or the fireplace—he’ll stop, look over his shoulder and if he thinks no one is looking, he’ll hit it full tilt. One of his favorite pastimes is wrestling with his older brother, and if I’m on the floor, he runs over to me and lays across me while I roll him front his feet to his head.

He likes the rough and tumble.

So why then, am I surprised when the daycare ladies asked CareerMom, “Has Aiden been more aggressive with Ethan lately? Because he’s become the class bully.”

And just to prove it, when CareerMom dropped him off this morning, he walked over to one little girl who was innocently playing by herself, and just smacked her on top of the head.

Part of me isn’t surprised. Quite the opposite of his older brother, Aiden is outgoing and loves to be the center of attention. It’s clear he has a dominant personality; but to see that little boy taking on kids older and bigger than him (well, some are younger and smaller, but most aren’t) both warms my heart and scares the crap outta me at the same time.

I don’t think there’s a father out there who, internally, doesn’t swell with pride when his son stands up for himself. But there’s a fine line between standing up for oneself and being a bully. And it doesn’t help that the daycare workers are so enamored of him that they don’t like to fuss at him because they can’t stand to watch his little lip quiver in response to the scolding.

The little booger has them all fooled. He pulls that trick at home and I just laugh at him and tell him “No!” He gets over it and moves on. Daddy doesn’t fall for those tricks.

It seems we have some training to do…and not just with the kids.

2 thoughts on “My son’s middle name is “danger””