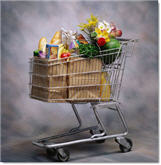 When you’re young–and I’m talking a teenager here–you don’t always think about what you’re doing in terms of how it reflects on you personally. No teen ever asked him or herself whether flipping burgers was a noble endeavor, or whether or not when, years from now and they’re running for office, if anyone will look back and go, “Him? Seriously? Man, that dude was THE WORST fry cook we ever had. I wouldn’t vote for him.”

No, most teenagers are just working to put gas in their car and date money in their pocket. Well, boys are anyway. I have no idea what teenage girls do with their money other than buy more makeup and too-tight jeans. But anyway…

When I was a teen, I held a number of jobs. At 15, I worked in a plant nursery. We did everything from putting the tiny little plants in pots, to rolling out football-field lengths of black plastic in the Alabama summer, and then later moving the plants in various stages of growth from one end of the field to another; an effort I never quite fathomed the reason for. It was tolerable if only because of the Black-Widow spider killing contests we had amongst ourselves (they LOVE tropical humidity in greenhouses!) and the hour-long lunch break we all took lying under the shade trees eating our crappy lunch while listening to Aerosmith on the little transistor radio.

That job, while probably the most honorable one I had as a teen, was thankfully only a summer job. I got a great tan from working shirtless, but it was backbreaking work. From there I moved on to a Catfish restaurant, where I started out as–what else–a dishwasher, and eventually informally ran the kitchen on the weekends. Finally tiring of smelling like fried seafood all the time, I got a job with the local Wal-Mart.

Now, let me explain that a job a Wal-Mart then, at least for a teen-age boy, was like manna from heaven. The hours were decent; you didn’t have to do any really dirty work, and you got to watch hot schoolgirls (then, MILFs weren’t on my radar) come shopping with mom on the weekends. Hoping to score a job working inside the store as an “Associate” (that’s what Wal-Mart called ALL employees then), I instead got probably the lowliest job in the whole place next to the guy who has to clean out the toilets. I became a “stockman.”

A sexist name to be sure, but there weren’t too many girls who could do that job. We did everything from keeping the floors clean using brooms and vacuums, to taking out the garbage, to running the layaway items up and down two flights of stairs to and from storage (this was a killer leading up to Christmas). Oh, and did I mention we also had to corral the buggies?

Buggy patrol was a blessing and a curse. The blessing part was that you were able to get out of the store—out from under the thumb of the bossman—and get some fresh air out in the parking lot. And if you saw a few good looking ladies driving around the parking lot with their skirts hiked up in the car where they thought nobody could see them, well, that was just extra. The bad side was, those daggum buggies are heavy. And if it’s cold outside, those buggies got cold. If it was raining, they were wet. It was also mind-numbingly boring and sometimes I’d see how many buggies I could safely push in an effort at getting at least some exercise out of the whole thing. For this, I developed shin splints which made my next job–boot camp–horribly painful. All that to say, that there was really nothing inherently good about buggies per-se, but the duty was something I viewed with mixed emotions.

One of my local supermarkets here, employs “mentally challenged” individuals—whether out of some real desire to help them out, or because they think it will score points with the shoppers, I don’t know. I do know that they sometimes creep me out though and the whole time I’m sitting there waiting to pay for my groceries, I’m emotionally at war over whether or not to look at them and perhaps say something (the urge to give them a Jim Carrey-like thumbs up comes over me most times) or whether to just ignore them completely. Usually I take the easy way out and just pretend as if they aren’t there.

But what is perhaps the biggest slap in the face, is that one of their primary jobs is–Yep, you guessed it: Buggy Patrol!

Looking back, I’ll admit that I’m more than only mildly insulted that adults deemed me worthy of pretty much the same job that they now give to the mentally handicapped. I mean, what does that say about my interviewing skills as a teen? Did I even form a coherent sentence when I talked to the manager about the job? Was I so slovenly that they took one look at me and knew that there was no way I could possibly straighten an endcap?

I don’t know. But it does make me wonder what it’ll be like in another 20 years. Will some mental midget be sitting here at a computer banging out marketing concepts just as I’m doing now? Maybe computers will be so smart by then that they can subsidize any missing brain capacity of the user and corporations will employ that sector of our society, rather than us college folk, and pay them a pittance in return for catchy phrases like, “Where’s the Beef?”

May-be, but until then, I own this job, and right now, there’s a pot of coffee that isn’t gonna make itself. Take THAT Sam Walton!

2 thoughts on “We’re Rolling Back Prices on Shin Splints!”